Joined Apr 18, 2015
·
513 Posts
I'm confused, the outlet goes on the outside of the van and should be waterproof install, why use marine grade wire? Are the OEM wires marine grade?

Maybe not installing in the van?

Will probably be mounted in my rear bumper and the rear of the bumper is exposed to the elements.
R

Joined May 4, 2019
·
196 Posts
I prefer marine grade wire than Romax. It is multi-strand, flexible, and can stand the harsh environment of the ocean. Just use a wire loom to make it protected and tidy.

Not sure what extremely good quality waterproof wire means. I assume that you are not using it when the vehicle submerges underwater. Your receptacle will be more prone to short when it gets wet.

Joined Aug 25, 2016
·
209 Posts
The Ford Transit has plastic hole covers on the driver and passenger sides located just forward of the rear bumper under the van. I and several others on the forum have used this location for installing an exterior power inlet. In my installation, I replaced the larger plastic cover with an aluminum plate for mounting a 30amp Smart Plug marine/RV power connector.

Marine grade wire has each strand plated to resist corrosion in a wet or salt/fog environment. For most wiring inside a van, less expensive stranded copper wire should suffice.

Geo said:
The Ford Transit has plastic hole covers on the driver and passenger sides located just forward of the rear bumper under the van. I and several others on the forum have used this location for installing an exterior power inlet. In my installation, I replaced the larger plastic cover with an aluminum plate for mounting a 30amp Smart Plug marine/RV power connector.

Marine grade wire has each strand plated to resist corrosion in a wet or salt/fog environment. For most wiring inside a van, less expensive stranded copper wire should suffice.
Click to expand...

Yep , i'm routing my cord the same place your talking about but from my bumper to that hole in
the van will be about 1.5 feet of cable outdoors..
You said. ( INSIDE ) the van ?
So your saying I should use Marine grade since mines partially outdoors ?
Just confirming trying to make sure.

Joined Nov 16, 2018
·
274 Posts
You don't need fancy stuff just because it is going outside. Much more important are:

1. Heat-shrink and other weatherproofing to keep your connectors corrosion free.
2. Protection for your cable when it goes through sharp openings (generally rubber grommets).
3. Plastic cable loom if the cable is anywhere near the rock-throwing zone of your undercarriage.


And of course, for all vehicle use: Stranded Copper wire for vibration mitigation (your choice above looks nice!) Pre-tinned is nice, just make sure it's not CCA (aluminum tends to be more brittle than copper).
O

Joined Feb 7, 2015
·
17 Posts
I have used good grade extension cord outdoors. My hitch 7 pin trailer lines use 12 gauge extension cord (bought from costco) that runs from relays in the front then on the underside of the van to the back . Been there for years and it is holding up nice. I also have used 16 gauge extension cord for my sprinkler valves and it is buried in the ground, been there for 20 years, the ends connection to the solinoid wires are sealed nicely. The key is sealing the exposed metal parts as stated above.
A question, why you want to use 10 gauge on a 15 amp connector? 12 gauge is good for up to 20 amps in 120 volt service. 10 gauge will work fine and is an upgrade.

Joined Aug 27, 2018
·
377 Posts
On a related note, while summering at the in-laws in Tucson a few months back, I got a refresher in plugs and power requirements for an RV. My brother-in-law had his RV hooked up via an adapter and a series of outdoor extension cords. As it got hot and I began using the a/c more, the breaker started tripping. So we moved the RV and shortened the extension cords down to one relatively short segment. But as it got even hotter, more breaker tripping. So I finally dug into the problem. Here's what I learned:

NEMA 1-15P (two-pole, no ground, old outlet) and NEMA 5-15P (two-pole with ground pin, modern) are the normal 120V plugs and outlets you'll see in most U.S houses for everyday appliances. 5-15P is 15A max, and on really hot days, a length of extension cord that worked fine all winter can throw a breaker even if your nominal RV load is usually under 15. This is the outlet type my brother-in-law was plugging into in the nearby garage (even with just one short extension cord at the end), then using an adapter to connect to his RV. So we decided to upgrade. Here's what we learned:

NEMA TT30 120V-30A (left in photo, TT stands for travel trailer) and the NEMA 14-50 240V-50A (right) are the two standard plugs/outlets that RV parks use. It's easy to tell which one is 14-50 because it uses 4 plugs instead of 3 in a different configuration (vertical not diagonal), so usually you can't plug into the wrong one. But be aware, it's possible to wire them up any old way, and many parks or friend's homes are not wired correctly. You'll often find an all-in-one outlet that accepts just about any plug type, but may not be wired to support all of them. Every summer, dozens of RV owners plug into the wrong outlet and blow tens or even hundreds of thousands of dollars worth of equipment. My brother-in-law had it happen to him once. Blew out everything but the old propane fridge. If in doubt, break out the multimeter.


NEMA TT30 120V-30A outlet (left, TT stands for travel trailer) and the NEMA 14-50 240V-50A (right)
Notice the breakers are not lined up; the top left 50A breaker is actually for the bottom right outlet. Do you trust it to be wired correctly?

That made me aware that on my van build with my current plans for a large lithium bank, 6kW inverter, a/c, microwave, fridge, TV, lights, computer, etc, all running in hot climates (my preferred locale), and for the simplicity of traveling and occasionally (but rarely) staying at an RV park or more commonly visiting my brother-in-law and other family members, I'll want to have a dedicated 120V 30A TT30 plug with 10-15' 8AWG wire stowed away in a compartment somewhere. I'll keep a 5-15 to TT30 adapter on hand for situations where I can't access TT30, but will expect to draw less current, and be extra cognizant of extension cord lengths and outdoor temperatures.

I hope that helps.

P.S. If all of that isn't confusing enough, have a look at all the types you can come across:

The old propane fridge is probably the only thing anybody would want to blow out , would be
a good excuse to get a nice modern 12v fridge

Mobileempire said:
Van Gogh
"Blew out everything but the old propane fridge"

The old propane fridge is probably the only thing anybody would want to blow out , would be
a good excuse to get a nice modern 12v fridge
Click to expand...

His was a dual 12v/propane, which I'm actually seriously considering because they're dead silent. But they can be really sensitive to being unlevel. I hate the whirring buzzing sounds of a compressor, so a totally silent fridge is a big plus in my book. When temps are right and the a/c is off, inverter can be powered down, and I end up with zero fans zero compressor noises. I read and write a lot, so that kind of silence is worth a premium. Every hotel I've ever visited (I travelled for a living for 2 decades), the first thing I did was to turn the mini fridge all the way to low. If it still came on, I unplugged it. I haven't done more than cursory shop for my build fridge though. Smeta 3 was a glanced at item, but some reviewers said more than 2 degrees off axis and it stops cooling, so that's a no go. Some of the 12v coolers people say are near silent, so I may look into them. If anyone has a great silent 12v mini fridge they found, please share.

Joined Aug 29, 2017
·
2,639 Posts
My last camper fridge was an Ammonia Absorption fridge, A Dometic fridge which ran on 12 volt, 120 volt and propane.
I had no problems with it being level as long as it was not far off from level, It was not something I worried about much at each stop.
It did not like being mounted in a semi trailer, I used to have a 28 foot semi trailer camper conversion, After 8 months rough riding on the Hwy it had an Ammonia leak. Not fun because I could not stay in the camper for a day while the worst of the Ammonia leaked out, And then no fridge while I waited for repairs for 3 weeks.

About the only quiet electric fridge you will find is one that uses a Peltier Effect Device, I had the first one on the market back in 1982, One called a Koolatron. they do not cool very well but it will keep things that are already cold Cold. You can also warn a can of soup inside one too. It is kind of a dual direction Heatpump. Coleman has one or two models and they can be found elsewhere. 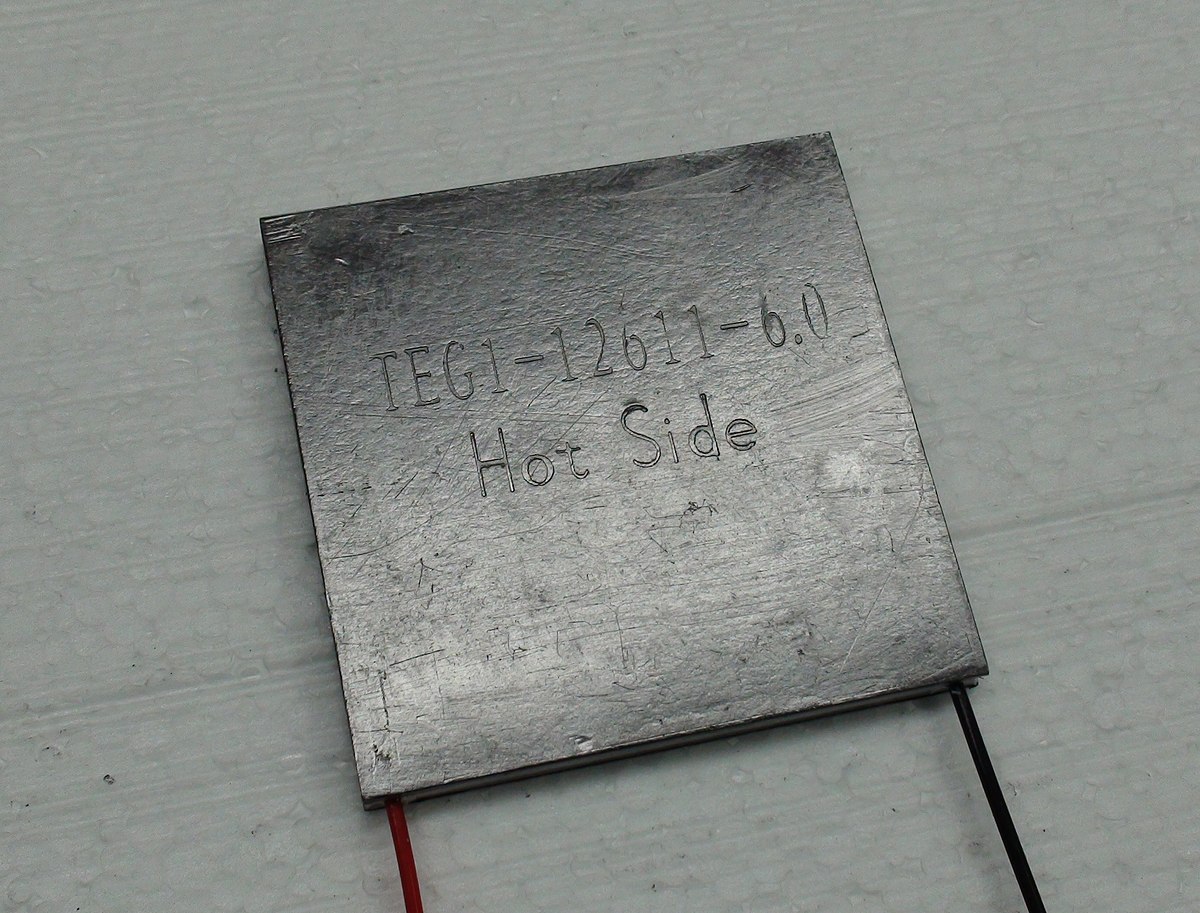 Joined May 3, 2017
·
240 Posts
I am an advocate of using a Non-Metal Liquid-tight Conduit in either a 1/2" or 3/4" for your external runs. It is tough, fairly flexible, and will protect any wires you run through it from snags, pulls and animals. There are numerous end fittings available. With the conduit approach, you can use individual strand wires, and add additional ones as needed. Many times, the overall cost is less than using other wire sets such as extension cord wire...
1 - 14 of 14 Posts
Join the discussion
Continue with Facebook
Continue with Google
or sign up with email
About this Discussion
13 Replies
9 Participants
Last post:
Tijoe 3 d ago
Ford Transit USA Forum
A forum community dedicated to Ford Transit owners and enthusiasts. Come join the discussion about performance, modifications, troubleshooting, storage capacity, maintenance, and more!
Full Forum Listing
Explore Our Forums
Ford Transit General Discussion Camper Vans and Conversions Electronics, Audio, and Lighting Dealers, Purchases and Orders Wheels, Tires, Brakes, and Suspension
Recommended Communities